Written by Katie Entigar
5 years ago

Tonight I attended a talk at the Blue Stockings Bookstore on Allen Street in lower Manhattan with a friend, where we partook in a conversation about animal rights called Animal Rights Campaigning and Racism. Interesting questions framed the talk:

My friend, a near-vegan and animal rights proponent, had invited me to join her and I was looking forward to learning something new, especially with such a critical frame. Topics like decolonization, anthropocentrism, and speciesism came into the thread, and some of the important racist dimensions of the construction of animals-as-inferior, which include anti-indigenous and genocidal practices in the past and present, were discussed by the moderators, three young people of color who had studied, participated in, and taught about animal activism.

I struggled with some of the discourse generated by the talk. A recurring theme was the indictment of the White Eurocentric settler colonialist tradition, which is absolutely important to discuss in terms of topics relating to oppression and consumption. Yet at times it seemed reductive. American thinking tends to be very race-centric as a way of constructing difference, and there is so much more to explore when thinking about the cultural relationships we have to our environments as human beings, including geography, religion, economics and labor relations (though capitalism and neoliberalism, in fairness, were referenced a couple of times). At times where someone brought up a point not considered supportive of the overarching theme mentioned above, like a comment by a young woman about food deserts, it was shot down fairly quickly either by the moderators, or with their support.

This is good to observe, as a budding professor and future moderator of conferences (I hope). I felt that the way the moderators spoke implied (a) a strong belief in one’s rightness, which was drawn from what were assumed to be common understandings among the group, and (b) an emphasis on pontification and proselytization. As a participant, this became a sort of drone that I ended up taking little away from. 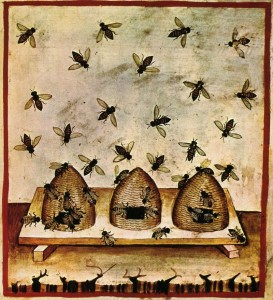 This really signals the important question of voice, which resonated with questions I have about how to manage my classes in a way which is fair and values all participants. Rather than give a blow-by-blow account of the night (it went on too long for my taste, with too much showing-off of knowledge, intermingled with teary accounts of one’s deep convictions and struggles), I’ll just say that events like this are instructive. They remind teachers like me that any leadership posture we have in a group confers power over internal norms and language use, terminology, processes of inclusion and exclusion, and other ways of shaping how the group interacts. And I hate to say it, but after this, I don’t know if I ever want to be a part of a “group” like this again.

Hesitation and dehumanization in the Syrian refugee crisis
Pope Francis, a beacon of what many from various quarters hope could be a new trend…
5 years ago - by Katie Entigar (they/she) Previous
The eye in the sky and "low-status" domestic workers
Not long ago, I watched a PBS Frontline video called “Rape on the Night Shift,” an…
5 years ago - by Katie Entigar (they/she)
Next