A politically conscious and active friend of mine teaches in an early college program in Queens, where teenagers learn from him about U.S. history and great literature. This weekend, we chatted a bit about his work, how wonderful and inspiring it can be, as well as how uncertain in terms of greater consequences. My friend is not cynical about education, but he did lament the fact that his conversations with his students might have little real-world impact. “It’s not the same thing as getting out there and marching,” he said. “Not the same thing as action.”

Or is it? bell hooks, public scholar who writes and speaks about race, feminism, capitalism, and many other topics (I attended a panel which included her at The New School about Beyonce and “the booty” a couple of years ago), wrote in a 1991 essay entitled “Theory as Liberatory Practice” about the power of creative engagement, of theorizing in responding to our pain, a response takes place in the mind and heart and yes, in the community as well. Yet the proposition that thinking and talking, the generative imaginative tilling of soil, is “action” in and of itself is one that continues to meet resistance. 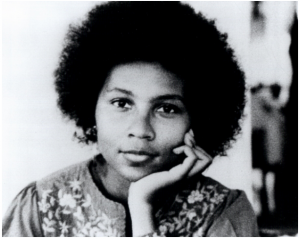 hooks cites a meeting she has with Black female thinkers, in which she hears the frustration some women had with with dominant feminist theory, with “all this talk” which appears to oppose real responses, authentic, embodied ideas that address the lived struggles of the Black community. She responds that speaking can itself be subversive, when it disrupts elite claims on knowledge and the ability to produce it:

…I dared to speak, saying in response to the suggestion that we were just wasting our time talking, that I saw our words as an action, that our collective struggle to discuss issues of gender and blackness without censorship was as subversive a practice…Just as some elite academics who construct theories of “blackness” in ways that make it a critical terrain which only the chosen few can enter, using theoretical work on race to assert their authority over black experience, denying democratic access to the process of theory making, threaten collective black liberation struggle, so do those among us who react to this by promoting anti-intellectualism by declaring all theory as worthless. By reinforcing the idea that there is a split between theory and practice or by creating such a split, both groups deny the power of liberatory education for critical consciousness thereby perpetuating conditions that reinforce our collective exploitation and repression.

hooks reminds us that academics, of all colors and backgrounds, have perpetually been regarded as singular creators of theory, an activity which is seen simultaneously as elite and without relevance to our worlds. Her words call for praxis – a reflective, dynamic, unfinished cycle of theory and practice – toward critical education evoked the work of Paulo Freire in the late 20th century as he advocated for the disruption of hegemonic, oppressive forces through emancipatory pedagogy. Importantly, hooks’s notion of democratic access to this ever-emergent praxis is a feminist, collective one, inviting contestation and imagination for changing times.

In responding to my friend, I mentioned this, and added that I had a socioculturalist take on the process of education. “How do you know what you and your students talk about won’t have impact outside the classroom?” I asked. “What if one of them comes home, tells her dad about What We Talked About In Class Today, and then her dad speaks to someone at work tomorrow, and then this creates some influences, and then, and then…?” I trailed off but I hoped it made sense. We can’t always anticipate or control the outcomes of our teaching, nor should we. We can’t tell our students what to do with the learning that they experience with us, but what we can do is have faith that building theory and creating new knowledge together can have influence far beyond the 45 minutes we’re with them.

This is where social movements start: with an idea, with a theory, with a question. How can you really say where talking stops…and action begins?